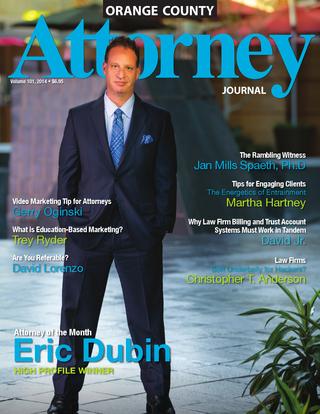 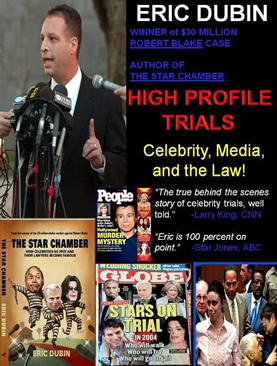 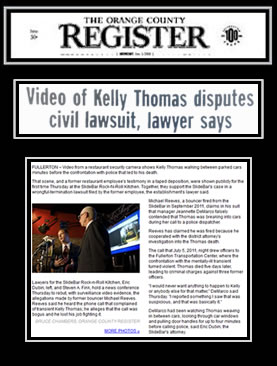 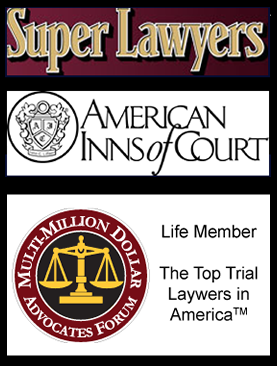 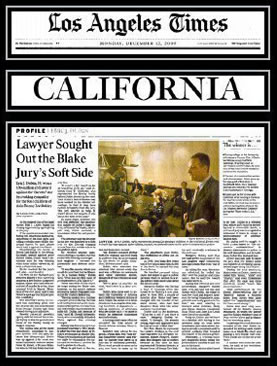 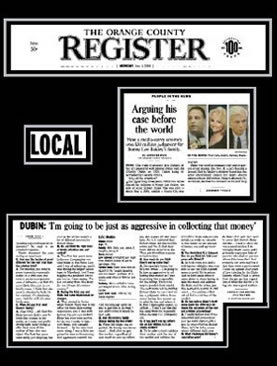 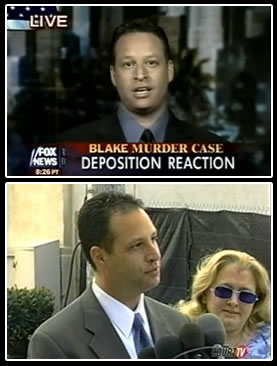 If you are looking for an experienced and dedicated Orange County personal injury attorney, CONTACT ERIC now for a FREE CONSULTATION.

A PLAINTIFFS’ FIRM THAT CARES

Eric was named one of the Top 20 Lawyers in the State of California by the Los Angeles and San Francisco Daily Journals before the age of forty. Eric had the honor of being the only Personal Injury/Wrongful Death Lawyer to make the list. Eric has also earned a 10.0 “Superb” rating by Avvo, been named a “Super Lawyer” by Los Angeles Magazine, and is a lifetime member of the Multi-Million Dollar Advocates Forum.

“My husband and I hired him to represent us for the death of our baby. Mr. Dubin is very brilliant fighter who believes in justice. A lawyer who feels your pain.”

Eric has won millions of dollars for victims of Personal Injury, Wrongful Death, and Business Torts, covering a full range of issues. Over the past two decades, Eric has handled some of the most high profile cases in American history. 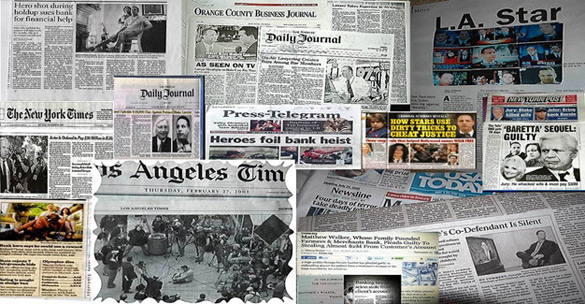 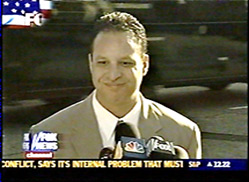 While informal resolution is always preferred, there is no substitute for the experience and reputation for winning big trials that can be leveraged to obtain large settlements.

DEAL ONLY WITH ERIC

Eric handles every aspect of each case personally and works directly with his clients throughout the entire matter. The Dubin Law Firm is committed to providing tireless, dedicated and personal representation to each and every client by maintaining its exclusivity and small size. All of Eric’s clients have his cell phone and can call or text him 24 hours a day. You will never be passed off to a young associate or paralegal, Eric will be always be responsive and accessible to you.

In October 2011, Eric received the great honor of being the keynote speaker for the American Inns of Court. Eric shared his experience and expertise in handling high profile cases before an elite crowd of California judges and lawyers. He was joined by good friend and colleague, Thomas Mesereau, attorney for Michael Jackson, adding to an already amazing honor and privilege.

In December 2005, Eric received a prestigious full page profile by the LA Times, and was also profiled in the OC Register, OC Business Journal and was named 2005 “Great Guy” by Orange Coast Magazine. He has been featured in hundreds of publications all over the world, including: People, Magazine Newsweek, NY Post, LA Times, Washington Post, and USA Today. 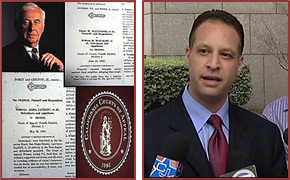 Having trained for years with the legendary Gerry Spence, Eric has helped many deserving victims and families obtain the full justice they deserve.

Eric has written several books, including The Star Chamber and Beyond a Reasonable Doubt with Larry King. 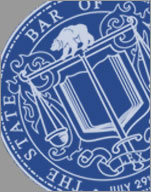 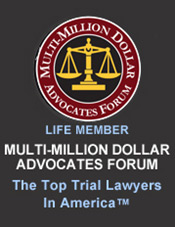